After the initial inquiry, our services begin by having an in-depth discussion with the inquiring individual and interested parties. If the fit is right for our metrology CT scanning services, the feasibility review considers part/assembly type, material, regions of interest, and the objective for the CT scan.

We then match the NDT or Metrology inspection need with one of our many and highly diverse metrology CT scanning imaging machines.  Our industrial lab utilizes 100kv, 150kv, 225kv, 450kv, and 3MEV linear accelerator CT systems with LDA’s and flat panel detectors.

Depending on the CT Scanning project, we analyze the reconstructed (3D imaging) results for either material or geometry based output requirements.

Material reporting is based upon internal density variations or percent volume changes.  These types of CT Scanning analysis include : 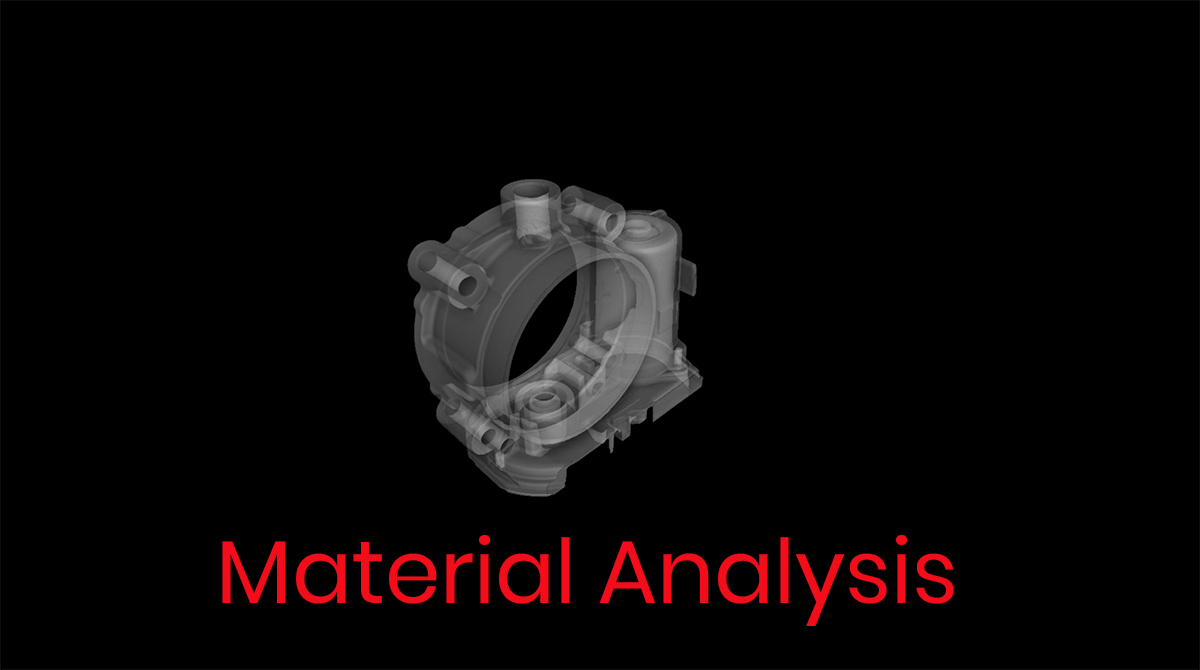 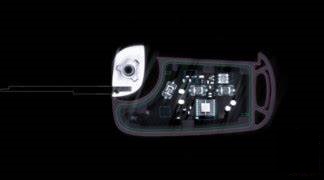 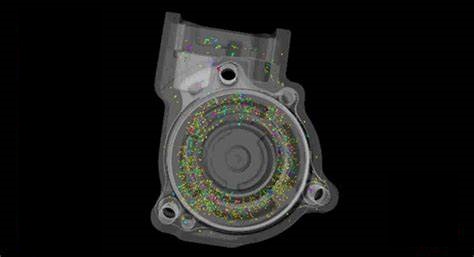 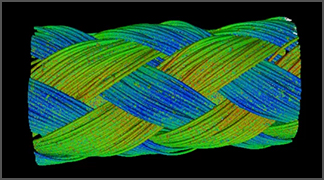 Geometry reporting is based upon measurement variations or dimensioning requirements. These types of Metrology CT Scanning analysis include : 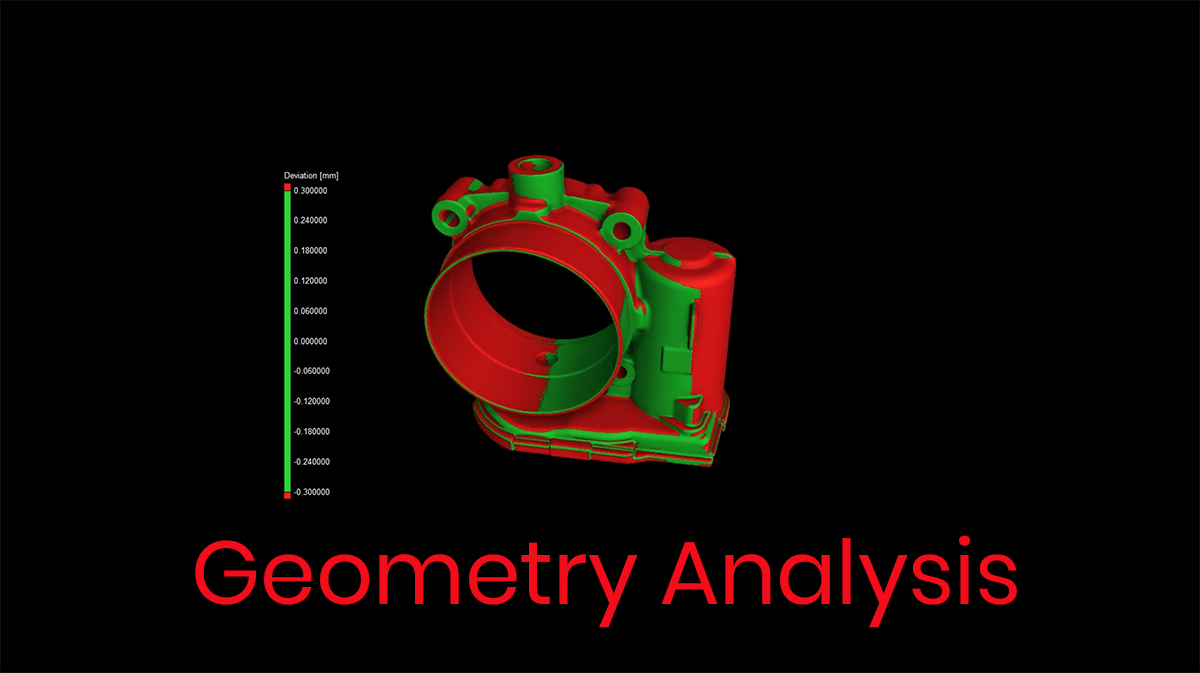 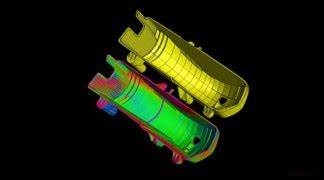 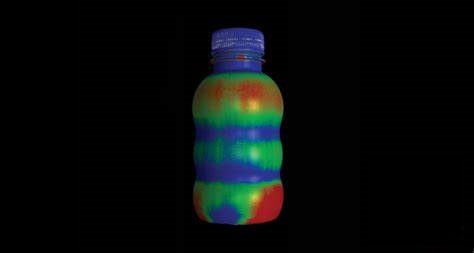 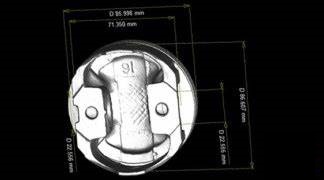 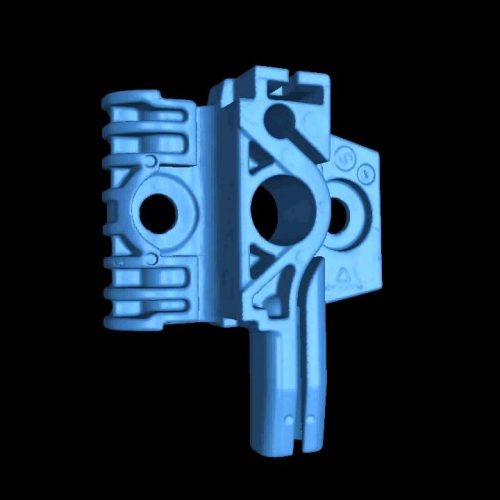 As all NDT & Metrology CT Scanning projects are unique, each project is finalized between our lab and the customers key decision makers over a results web conference.  If required, output deliverables can vary between picture files, excel files, presentations, 3D imaging / CT dataset viewing software, or in some cases STL files.

Need more info on Metrology?
Review our knowledge section below.

Metrology is an aspect that has transitioned over the years from a theoretical concept to practical applications.  From accessing the science of measurement in theoretical and practical means during ancient times, to current development of national and industry standards for quality control purposes of manufactured parts, metrology has provided a means of accountability and certainty. Industrial measurement labs provide users with a resource for theoretical and practical use of metrology, to ensure consistency and quality.

Although metrology covers a spectrum of different units of measures and is implemented differently for every organization, there are a few common aspects to consider when practicing metrology. The understanding, implementation and practice of the units of measures to be utilized is the most important principle of metrology. Commonly, the internationally accepted units of measures are used for any specific project or study, which could include temperature, linear distance, mass etc. All aspects of metrology are regularly documented and national and/or industry standards must be referenced, as a source for traceability.  A significant factor metrologists must understand is the concept of metrological traceability. According to the Joint Committee for Guides in Metrology, metrological traceability is defined as “property of a measurement result whereby the result can be related to a reference through a documented unbroken chain of calibrations, each contributing to the measurement uncertainty.” Traceability can be attained by calibrating testing equipment, in order to ensure accuracy and manage the quality control process.

Metrology can be used for many different functions, depending on multiple variables including the purpose of the study or project. Commonly, the concept of metrology is utilized to qualify, verify and validate test data. Metrology is often miscommunicated as simply the science of measurement. Although this is the case, in recent years, the term “metrology” has molded to include the practice of retrieving, verifying and qualifying measurements according to national and/or industry standards. This assists users in retrieving measurements and qualifying a part with confidence and certainty, in regards to accuracy, reliability, repeatability, traceability, quality and consistency.

“The science of measurement” can be applied across multiple different industries to serve different purposes. Commonly used for scientific or fundamental metrology, industrial metrology and legal metrology, the concept of metrology has developed from merely theory to practicality. Industrial metrology is the use of “the science of measurement” in theory and practicality, to the manufacturing process, ensuring quality and accuracy of manufactured parts and components. The method of testing these parts to ensure accuracy and reliability must be calibrated according to national and/or industry standards.

In order to ensure all theoretical and practical features of measurements are accounted for, national and industry specific standards are put into place. These standards allow users to proceed with manufacturing of parts, with confidence and certainty. In the United States, the National Institute of Standards and Technology (NIST) is responsible for working with the industry to develop a process for sustaining and improving the technology, measurements and standards.

Standards are developed on an international basis, national basis as well as industry specific. For example, a common standard for quality control of manufactured parts and components is known as ISO 9000 – Quality Systems Management. Some organizations develop customized standards for internal purposes, based on industry standards, for extensive quality and control.

Metrology is a necessary concept which must be understood and implemented for manufacturing process in regards to industrial parts and components. Since metrology now encompasses both the theory and the practice of obtaining measurements, users are able to utilize metrology and calibration for the following purposes:

Industrial metrology labs have become a significant aspect of the industry, not only providing theoretical features of measurements and calibration, but accessing measurements according to relevant standards, for traceability and quality control. There are many technologies that exist which can help users attain measurement of industrial part and components. A radiographic testing technique which can help users conduct 3D metrology, by accessing internal and external measurements in 3D is Industrial Computed Tomography (CT). This testing method is completely nondestructive, helping users access geometry, dimensional metrology as well as qualify and validate parts with confidence, certainty and accuracy.

The VGStudio MAX Coordinate Measurement add-on module has been desgined to fit ruled geometries such as planes or cylinders to the respective structures of a scanned object in order to perform measurements between these objects. All results from coordinate measuring can be documented both graphically and statistically in a user-defined measurement report.

Ruled geometries and measurements can be presented not only in 3D views but can also be visualized in 2D views as in conventional engineering drawings. The inspection plan, consisting of ruled geometries and features, can be saved as a so-called measuring template and transferred to other objects, allowing repetitive measuring tasks to be automated. Measuring templates can be freely tranferred between CAD model and volume data.

The Coordinate Measuring add-on module also provides an algorithm allowing the object surface to be determined on the basis of local grey value thresholds. In addition, it allows objects to be positioned in a user-defined coordinate system and to be fitted to a CAD model or a reference object. The Coordinate Measuring add-on module thus forms the basis on which the results of other analyses (Porosity/Inclusion Analysis, Wall Thickness Analysis, Actual/Nominal Comparison) can be specified within calibrated coordinate systems.

Since measuring is done directly on the volume data, there is no need to convert volume data into a surface model, which is not only time-consuming but also results in a loss of data. Nevertheless, it is possible to process both CAD data or the original volume data.

Interested in accessing our services for
helping you and your company?